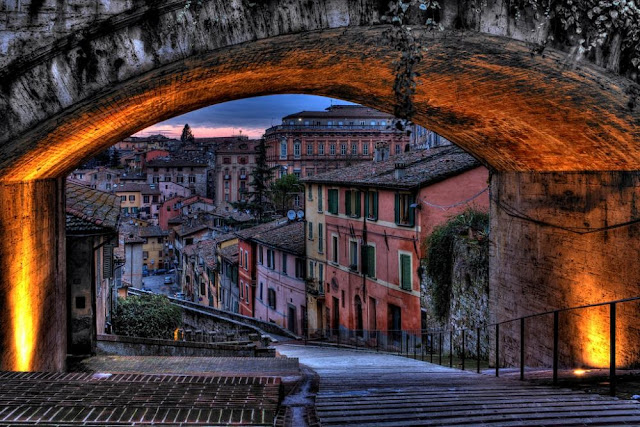 That pic is from Italy somewhere. Perugia, I believe. Anyway, another place I'll visit someday.

Notice I didn't say, "Hope to visit" or "would love to visit"... I boldly claimed I will visit it! So there! See, that's the new me. See how confident and strident I am now? I'm standing up straight and everything! See my posture? No slouching! You can't call me a slouch anymore!!!1!

Question: Is there anything more annoying in the world than ventriloquists? O M G I'm of the opinion that Jeff Dunham needs to be punched in his man parts. People! Stop laughing at him! He's not funny! Sheesh!

I've been binge-ing on stand-up comedy again the past few weeks. Especially since SirPsychoFlea's YouTube channel was FINALLY disabled by YouTube (after, what, four years?) for copyright nonsense. Mr. Flea, as you recall, had assembled a huge collection of episodes of Inside the Actor's Studio, which I was powering through, taking notes, in an effort to supplement my acting training. Not anymore! The plug has been pulled. I can only hope that it's because Bravo is finally getting the episodes together themselves into DVD collections that someone like me can purchase. It seems crazy that they have almost 250 episodes in the can, but only a handful available on disc.

So, yeah, my attention has shifted to Stand-Up Comedy. I got the Comedy Central App for my iPad, and it's amazing. Sooooo much content on there, making it so easy to discover new comedians. Of course, Comedy Central's website also has a massive, well-organized video collection. So here is my current Top Five Favorite Comics, as of this second...

5. Gabriel Iglesias: He's my favorite "fat" comedian, which is an interesting sub-group of comedians. He's also Spanish, and much of his comedy is based in these two facts: fat and Spanish. I like comedians from different backgrounds. Lots of energy. Fat Comedian Honorable Mention: John Pinette.

4: Jim Gaffigan: Jim's a classic. And to show the contrast, he's about the whitest man God ever made. He's so weird and goofy, I love him. His material is mostly about food and laziness.

3: Russell Peters: This guy is so unique. He's Canadian, but of Indian descent (India, the country, not Native American), and so a lot of his comedy deals with being Indian. And man, he does an amazing array of accents, not just Indian, but all manner of Asian and Middle Eastern accents. He trends off-color a little too frequently for my tastes, but his cultural stuff is a riot.

2: Bill Burr: OK, I have to qualify this choice by stating the following: The man swears like a Drill Instructor. But I can't help it, I love the way the man's mind works. He's so "out there," in a sort of controlled psycho way, I enjoy the heck out of him. I laugh so hard when I watch him, it isn't even funny (ba dum dum tsh!). If you watch the stand-up special I linked to his name, be forewarned, about the profanity issue. But if you can deal with it, you'll be treated to hilarity. In lieu of that, here's a clip from Conan, cuz, hey, you gotta keep it clean on TV!

1: Maria Bamford: OK, this lady is definitely my kind of crazy. She's a little... shall we say... unstable. And she does cool voices and characters and is just so random and bizarre and un-self-conscious, I love it. She did a web series which I watched recently that was soooo creative and cool... it *almost* inspired me to attempt something similar... but then I realized that's all I need! Something else that would require full-time attention that I can shoe-horn into my current collection of things that require full-time attention! What is wrong with me!!?!?!

Here's the first Episode of her web series. I encourage you to watch all of them, if it clicks with you. She may not be your kind of crazy like she is mine... An f-word or two toward the very end... but it's "in character!"

Currently reading more craft-related books on writing, screenwriting and acting. Toying with a few fiction samples as well. I keep adding more titles to my digital library, both fiction and non-fiction. Man, I'm a sucker for a $3 book... that seems to be the sweet spot for me... if I find a title intriguing, and it's $3 or less, I buy it outright. If it's $4 or more, I download a free sample and add the book to my wishlist(s).  Today, I bought the Humble Bundle 2, which was an awesome find. 10 books for "pay what you want to!" It's an interesting pricing model, and has been proven (when used with games and books, at least) to generate far more money than if they'd set a fixed price. I paid $15, which I thought was fair... some people pay $100 or more, depending on how generous they are feeling, and how much they want to support the authors. This particular bundle is a cool mix of Fantasy, Sci-Fi, Steampunk and a graphic novel.

Check it out, if you want to. The bundle will be available for about another week. 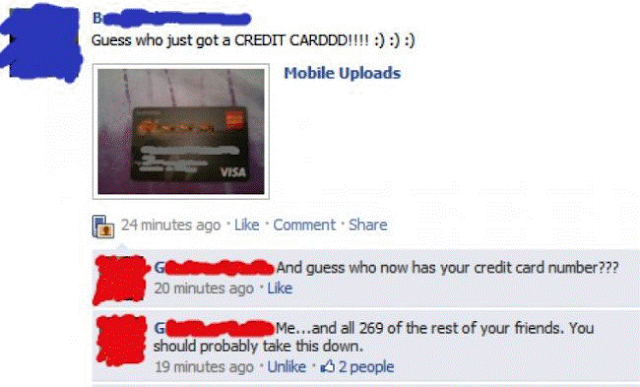 So, as I mentioned earlier, the reality is sinking in that I'm currently pursuing several fields of interest, each one of which really should be taking all of my time to pursue correctly. Yes, I know I've always been this way - why I should now realize the problem, at this point in my life, is beyond me. The biggies, of course, are novel writing, screenwriting, acting, and film making, but now I'm getting into Role Playing games as well... I'm starting to think I won't really be very successful in any of them if I try to do them all. But to pick just one thing, and focus on it completely?

"If you chase two rabbits, you will not catch either one." -- Russian Proverb

I don't know. I'm such a scatterbrain, I don't know if I'd be able to consciously pick one thing to focus on and see it through, without transitioning between interests as I am wont to do.

I always seem to have these types of "realizations" about myself, and then blow hot air about them in here, and make promises to change and stride forward with purpose... and what changes? Am I the same addled yahoo I was 10 years ago? Well, what can I do but keep plugging along?

OK, well, I had other stuff to prattle on about, but I'll save it for another day. That'll have to tide you over!

Dave the Addled Yahoo
Posted by David Wagner at 11:04 PM

Lots of bunnies in my yard as well.

I have a book, deep, deep, in a storage unit, called "Switch." You might want to check it out. Perhaps in the addendum they have coaches or networking groups to help you get yourself in the right direction, I can't recall.

Beth: I looked up that book, since it sounded familiar... Guess which book I have sitting on my shelf gathering dust! Yep, Switch. Guess I better actually read it...