Stop Me If You've Heard This One Before.... 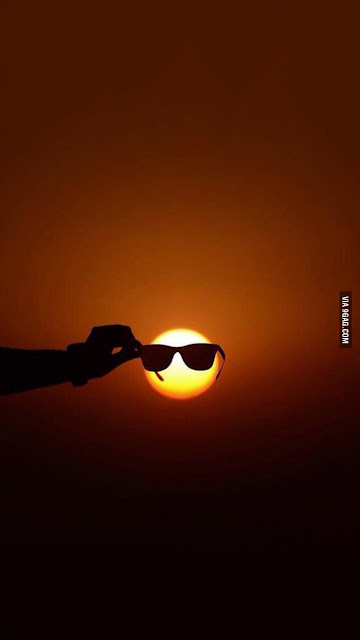 Just thought I'd pop in here and drop an update into the quiet ether here in my bloggy blog. If I lay it in here softly enough, no one will ever know I was here! I'm so sneaky like that!

First things first - the dates have been set for my first play, called "Final Hour". It's the story of a talk radio host who gets a piece of staggering personal news right before going on the air for the final hour of his Friday night show - and how he processes the blow while also doing his job. It will be performed three times, at the Lamplighters Theater in La Mesa, on August 12, 13 and 14. Beginning the casting process as we speak - when I get the cast set, I'll let you all know.

Needless to say, I'm super excited about it. Granted, I've been producing plays locally at Mt. Zion Fellowship every year since the late nineties, so in a way, it's old hat. And yet, this will be the first time I produce a play that people will pay money to see. But I'm not worried - I'm confident that the material is strong, and I'm quite pleased with the lead actor, and I'm really looking forward to getting my hands on the cast (so to speak).

Nearing completion on "Momentum", my first feature screenplay. Can't wait to put a bow on that script... and begin the re-writes! Who knows if it will make it all the way into production... still, the process has been very enjoyable and rewarding. When it's done, I will leak it online for you all to read! (just kidding, Rob)...

We'll be filming this upcoming weekend for BTI. I know I keep saying this, but man, wait until you see the next segment of BTI... it's going to blow you away... 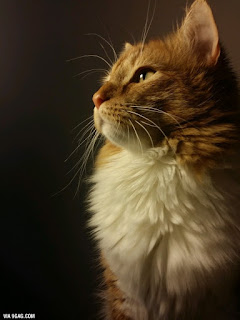 Still assembling my team to film Head Hunter, which is the short film I'm hoping to direct in the early fall. I'll share more info on that when it makes sense to do so. In a way, I want to keep the film quiet until I release it, then hopefully catch everyone off-guard with how awesome it will be...

Still up in the air about whether to put together a crew for the 48 Hour Film Festival this year... I may co-lead a team with my friend Ryan... or just join someone else's team as an actor and/or writer... I have a lot on my plate (and more lined up, looking for plate space), so it might make sense to hold off leading a 48 Team until next summer...

All that, and my "idea file" is overflowing with ideas for plays, short films, features, series', radio shows, stand-up comedy bits and novels... I have a lot of avenues of creative expression operating at the moment - which is why my blog is suffering....

But at least there's this...

It's an episode of Marc Maron's podcast with Louis CK, where Louis discusses the creation of his internet web series called "Horace and Pete"... and I found the discussion deeply, almost overwhelmingly inspiring... It is a very long episode, and I don't really expect that you'll listen to the whole thing (or any of it, really)... but as I sink deeper into the mindset of film-making and storytelling, I find discussions like this endlessly fascinating...

There is some profanity in the interview. And honestly, I haven't seen Horace and Pete, and likely won't see it (because I don't find the content appealing), but the process of taking a show from concept to finish, and making your own rules up as you go, was awesome to me.

For those that want something a little more mainstream to enjoy, here is Groucho Marx on the Dick Cavet Show, back in the day...

That's another long video... almost and hour... still, worth a watch, I think!

Groucho was The Man.

So I finally saw another movie in the theater! The last film I saw was Hateful Eight, back on the last day of 2015... yesterday I went to see Captain America: Civil War, with wifey. It was as fantastic as I'd hoped it would be - I liked it a lot. They handled so many character so very well, it was a real joy. I loved how they handled Spiderman, and look forward to seeing more of that character in the future. Lots of great moments, and great lines of dialog... me likey.

On the book front, I finally finished my re-read of Brandon Sanderson's Mistborn Trilogy. I loved it again, this second time through... but honestly, I only re-read the series so that I could read the latest title that Sanderson released, called Secret History (cover shown), which is sort of an addendum to the Mistborn Trilogy, and answers some nagging questions left after the series was finished - mostly concerning Kelsier, and what happened to him after he died... I won't spoil the story, in case you want to read this title, but I will say that I found it oddly shallow and lacking... a bit of a disappointment.

But hey, at least I got to experience the original trilogy over again, which was nice. Sanderson is one of my favorite authors (Reckoners notwithstanding... bleh...).

Let's see, what else?

I went on a road trip for about a week, back to Albuquerque, to visit my always-interesting inlaws. The occasion was a high school graduation... as taxing as those ceremonies can be, I was shocked at how painless this one was... I was expecting several hours of uninspired speeches and endless names of no one that I knew (save one, of course), but they ran a tight show, and we were in an out - speeches, names and all - in about 45 minutes! Extremely efficient.

Had a great drive out there and back again (in my new car!) with my Eldest Daughter. She introduced me to a local band she's acquainted with, called After the Fall, and I love their music. The lead singer has a classic 80's rock voice (like I grew up with), and it's married to the more modern harder-rock sound, and I absolutely love it.

Lots of stuff on the horizon. I shall do my best to update more frequently. I hope you're all doing well...

Dave, Living the Dream
Posted by David Wagner at 12:14 AM 2 comments: