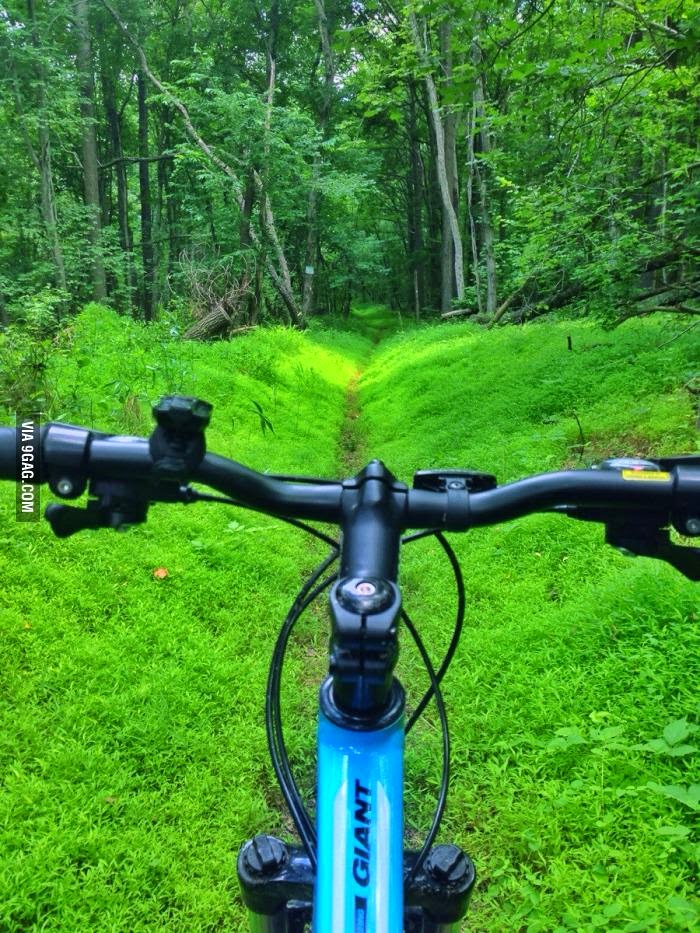 Well, hello fellow time travelers! I bet you thought I'd dropped off the face of the earth and was sucked into some space vortex or somethin', eh? EH?

Nope. I'm fine. Takin' it a Dave at a time, you know... sitting in a corner, softly weeping as the last grains of summer move down to the bottom half of the ol' hour glass... the little hand on the ol' body clock advanced another click forward since last we spoke. I am officially 44 now.

Aging. Sometimes it bothers me, other times I couldn't care less. I feel the same on the inside. Look a little more weathered on the outside. I guess that's the way it works, eh?

One fairly substantial external change has been to my hair... 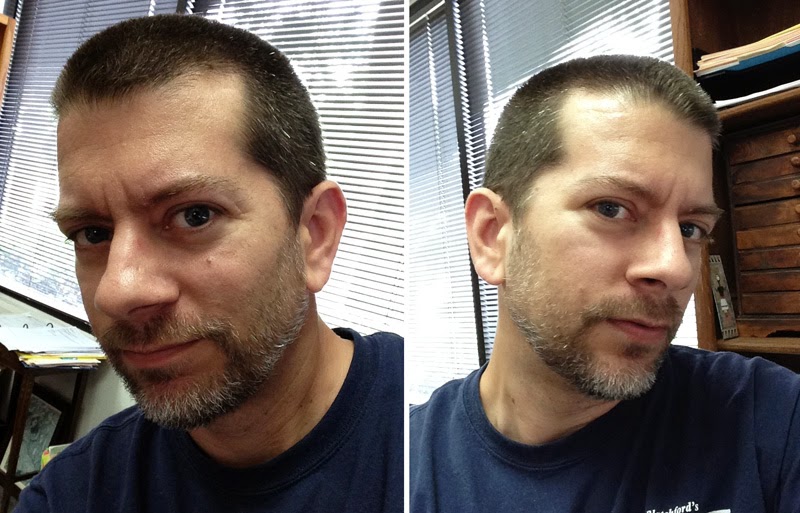 Feels weird, but I'm getting used to it. It goes well with my extreme farmer tan (haven't been to the pool once all summer! Doh!) and with the two-car garage on my face... ah, well, you know what they say... "big nose, big heart"...

I think they say that...

Hey, did you see this one, eh? Mute the sound, and then watch this...

I think I'm mellowing out as I age... I used to be more of a goof, which made for more interesting blog reading for you, I'm sure... I've been reading and writing and prepping BTI-related stuff... and the days and weeks tick by. Seems like Summer just started... anyways, that's basically been my year thus far. Wish I had some goofiness to unleash upon you tonight... but I'm feeling mellow... 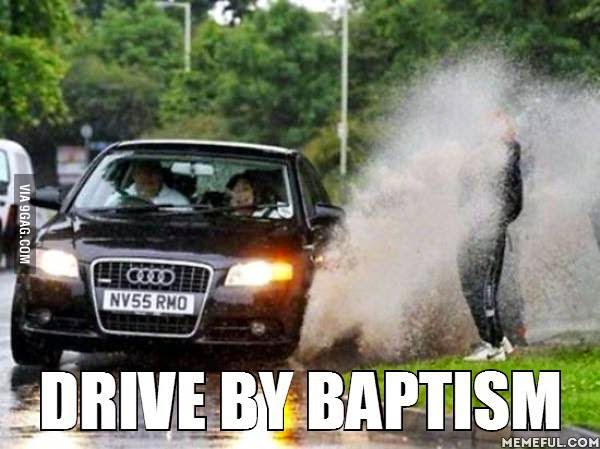 We've got some great ideas for drama plans for Christmas and Easter this year... possibly too ambitious, but we'll see. I'll start writing the scripts and see how it evolves... If all goes as planned, we'll have one large story, with a relatively small cast, that is broken into segments. The two biggest pieces will be the plays - part one for Christmas and part two for Easter - but every week there will also be a skit or a monologue that adds detail, introduces characters, fills in the blanks better, so to speak, and creates one long narrative. Ideally, the plays will each work well alone, as a self-contained stand-alone piece of entertainment... but all the pieces added together will make a much more robust experience. We'll hopefully film each small piece as it is performed and put them all online, so if someone misses a Sunday, he/she can keep up.

It will take a dedicated small group of actors... maybe a half-dozen at the most. We'll see. As I said, it might be too ambitious. 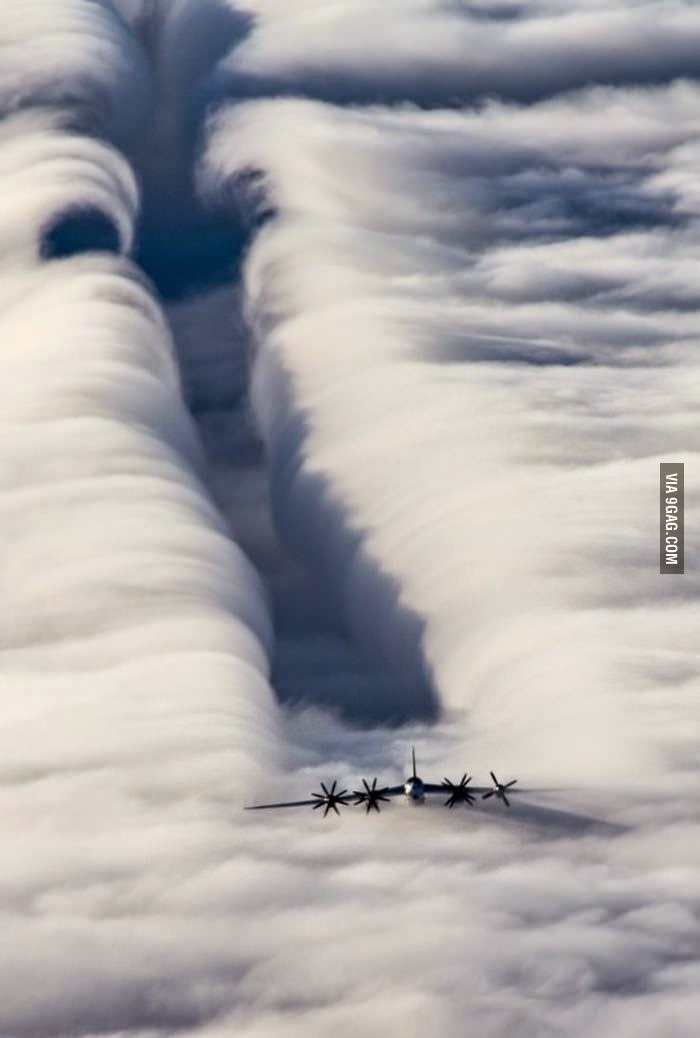 That is a great photo with which to end this post. So cool, the plane parting the clouds like that...

As new things develop, regarding the web series or anything else, I'll post it here. 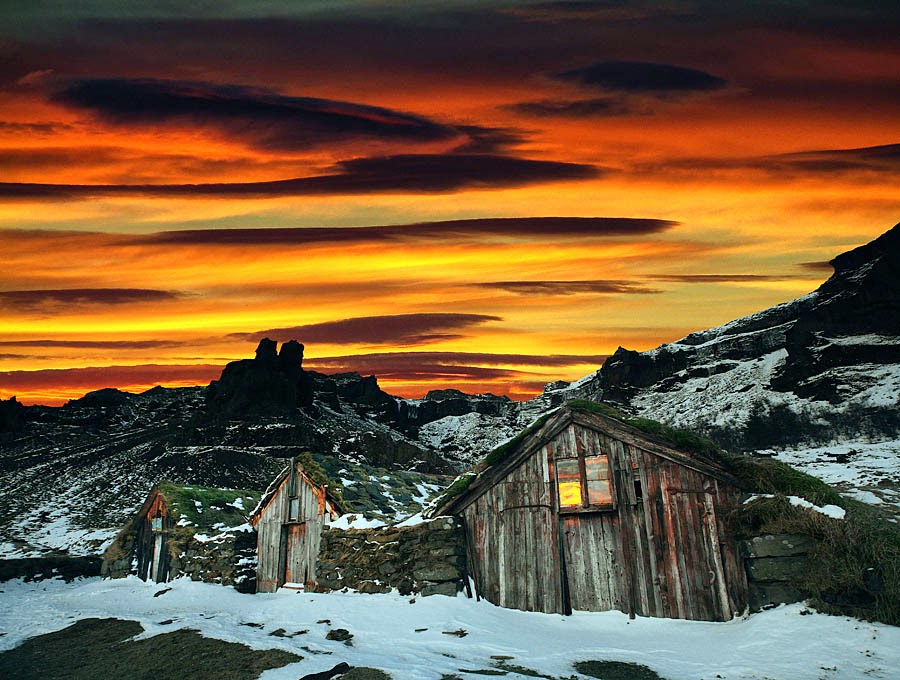 Man, I have too many disparate things on my mind... I waited too long to update...

- Fortune's Pawn, by Rachel Bach: Sci-Fi Light. After a rough, limp start, this book acquitted itself well enough. There were some good concepts and action scenes here. The characters didn't have too much depth to them, which is, I suppose, understandable, since the story is locked into first-person perspective, and seems geared toward a more YA audience.  Still, some memorable moments, and it ended up being worth the read.

It ended awkwardly and rather abruptly, without resolving anything. More so than, perhaps, any book I can recall. It just decided to stop. Weird.  Summary: 3 out of 5. Ultimately, a fast, fun read, with minimal annoyance after the rough first chapter or two. 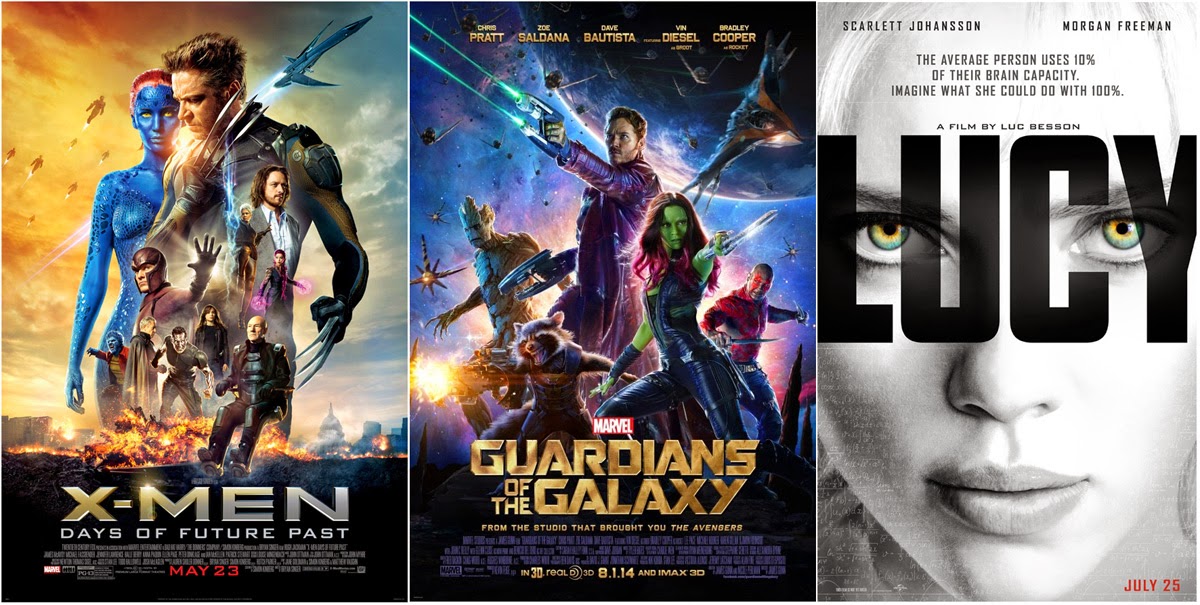 - Xmen: Days of Future Past: Good film. Some great scenes - the scene with Quicksilver, when they're breaking Magneto out of prison, was perhaps the coolest scene in any of the X-man movies. And the way the film ended was intriguing in the extreme, as far as making future movies in the series possible. Not too crazy about the nerfing of Magneto - I like him better as a straight-up villain. Summary: 8 out of 10. I'll buy this one on DVD when the time is right.

- Guardians of the Galaxy: LOVED this movie. Visually, it maybe the best I've ever seen. The scenes, the structure, the characters, the dialog... at about the halfway point, I found myself thinking, "They've done it! Someone has made a PERFECT MOVIE." But alas, it couldn't last. I had a few issues with the climax that left me feeling a bit confused and crestfallen. Still, it was hard to take the edge off my enjoyment level. I left the theater trying to decide where it falls on my List of Favorite Superhero Movies... I settled on slotting it at #2, just behind Batman Begins. The previous #2 (IronMan 3) moved down a slot. Summary: 9.5 out of 10 See this movie. Love this movie.

- Lucy: Had some good ideas, added some unique movie-making elements, had some good things going for it. I tracked with it until about the 60% mark, at which time the movie radically spiraled into retardation, ending with a truly insipid climax. Ultimately, as much as I enjoy Scarlet Johanssen, she wasn't enough to prevent the serious eyerolls which precede a dismal rating. Summary: 3.5 out of 10 This movie took itself way too seriously. Had some great moments early on, though...

- Shinedown: Fly From the Inside

- Sleepwave: Through the Looking Glass

On Saturday, August 2nd, I attended the Best Of screening for the 48 Hour Film Festival. It was a rainy, steamy, muggy evening, and WOW, I haven't been downtown in San Diego on a Saturday night ever... if I had, I would have approached diving into that madness much more strategically. Man, what a madhouse. For sanity's sake (both yours and mine) I won't recap all of the nonsense I went through getting to and from the event - I will limit myself to the event itself.

13 Films were shown, almost all of them worthy (I felt) of being Best Of quality. Conspicuous in its' absence was "3:28 am", by Groovy Productions, which I felt should have been easily included. I won't name names, but I could think of at least three titles that might have been bumped to make place for it. But what do I know? I'm a little fish with a little voice.

They would show 2 or 3 titles, then give away 2 or 3 awards, then show 2 or 3 more, etc. The highlight of the (4 hour!) event for me was when my "Desert Rose" co-star Lisa Winans was announced winner of the Best Actress, which was pretty cool.

I really enjoyed the film that won the top prize - it was a silent film called Good Ol' Chap and it was an homage to Charlie Chaplin. It was so good, I'm glad it won. If/When it's available online somewhere, I'll embed it or link to it. It beat out some really good competition, including The Affair (which I posted in a previous post), The Wish (also posted previously), as well as these three...

and The Big Talkie

Keep in mind, these were all conceived, written, cast, filmed, edited and scored all within 48 hours... So, yeah, there are some talented folks in the San Diego area - some of whom I'm beginning to become acquainted with. And a handful of whom either are already involved in the BTI web series, or will soon be.

Speaking of BTI, we will begin filming (knock on wood!) this upcoming weekend, and hopefully have the pilot in the can by late September/early October. As far as when y'all will be able to see anything, well, expect a trailer first, and then who knows? Tentative release of the pilot episode will be the beginning of November, with filming to pick up again after the holidays. But this whole project has been fluid, as far as getting the pieces to all come together. I'll keep you updated as I'm allowed to...

Well, I'm not sure what else to share tonight... I covered a lot, and it's late! Sheesh! What do you expect of me? Backflips!

[Dave does a backflip, lands on his head]

Dave the Near-Bald
Posted by David Wagner at 11:44 PM 2 comments: