The Year in Review, In Case You Missed It... 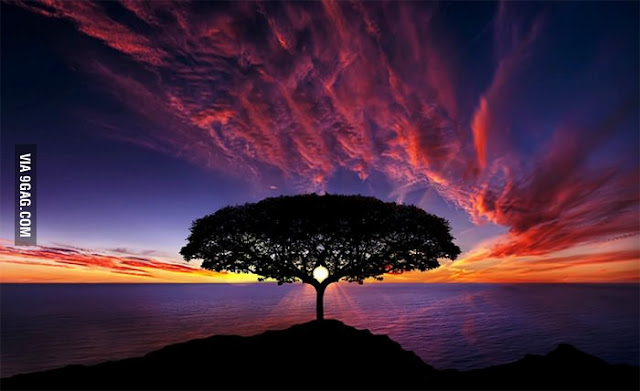 2017 slides to a full stop. I'm sitting in my (new) home office with some time to myself, and decided, instead of watching/reading/writing/playing/studying something, I'd take an hour or so and craft a end-of-the-year blog post.

You'd certainly (obviously) never know from merely reading this dead blog, but my year has been interesting and full of challenge and wonder, personally, emotionally, professionally and spiritually.

Highlights of the Year Include: The Easter production at church (an hour-long production with a cast of 40+ which I wrote, directed and played the lead in), producing my first short film "Stay Close" (wrote, filmed, edited), my brother John's wedding, my daughter Katie's wedding, finishing the pilot script for Standing Eight and moving homes. My mother-in-law passed away this year, but I feel odd calling that a highlight - yet it was certainly an important moment in the year, and deserves mention.

All in all, I seem to still be thoroughly absorbed in the realm of story-telling.  I've written screenplays of various lengths, a handful of plays, and a large swath of non-fictional thoughts on various subjects.

I've also watched a ton of great entertainment (as well as a lot of mediocre fare), which I studied as I enjoyed, taking notes, observing what works and what does not - and, most importantly, why.

One thing I've done far less of this year is reading novels and playing games.

But I did meticulously track everything I watched this year, so I have a complete record of my TV/Film experience for 2017. So my Best Of List will be precise this year... 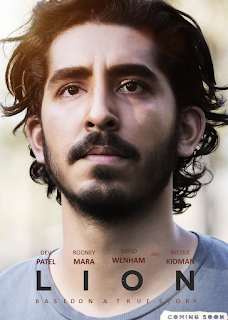 Heart-breaking, very moving. A study in maximizing impact with minimal dialog. Really takes advantage of what film (as a medium) has to offer.

Random Observations: I found The Godfather, Wonder Woman and Logan to be over-rated. I found King Arthur and Spiderman: Homecoming to be underrated. I was sorely disappointed by Guardians of the Galaxy 2. My favorite documentary (of the 14 I watched) was called Alive Inside. I watched classics by Coppola, Kubric, Hitchcock, Scorsese and Spielberg - I think I enjoyed the early Spielberg work the best, from a craft standpoint. Favorite script of the year was for Kiss Kiss Bang Bang... Shane Black can sure write a great script. 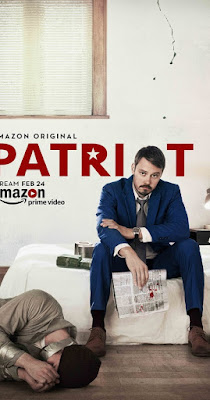 Fantastic shots and editing, memorable well-developed characters, hilarious and dramatic, exciting and fascinating, many scenes and moments that come instantly back to mind. Extremely enjoyable.

I watched a dozen complete series (22 seasons' worth total), and watched some fantastic stuff.

Random Observations: From a pure craft standpoint, Better Call Saul (Netflix) was hard to beat. The writing, acting, shot craft and the editing were incredibly good. It was hard not to choose it for my favorite of the year - but Patriot edged it out, for the same reasons and then some intangible factors that are hard to put my finger on. Travelers (Netflix) almost got top spot as well - fantastic premise, well-executed on every level. From a pure acting standpoint, it was a toss-up for me, between Billy Bob Thornton in Goliath (Amazon Prime) and Tom Hardy in Taboo (FX). Both are masters, inhabiting incredibly memorable characters. Currently Watching: Travelers Season 2 (Netflix) 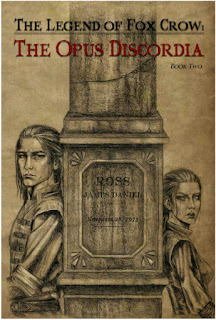 I was happy to continue the adventures of Fox Crow (introduced in "I Know Not" by same author). A wonderfully-crafted, violent, action-filled fantasy romp.

I read very few novels this year (14), and they were predominantly divided between mediocre first reads and comfortable re-reads. The books I read for the first time had/have very little impact on me, so I found myself diving back into the warm arms of books I've read and enjoyed in the past. I did re-read A Game of Thrones, with every intention of reading the entire series through again, but stopped after Book 1. I enjoyed it, but the magic's gone... Glad I read Opus Discordia - a solid choice for best book. Currently Reading: The Way Into Chaos by Harry Connolly


Best Song: Remain Nameless by Florence and the Machine

This song isn't a new song, but it's the song I enjoyed listening to the most this year. Something about that bass... gets into me...

Honorable Mentions: Take It All Back by Judah & the Lion, All I Want Is You by U2, Little One by Highly Suspect. 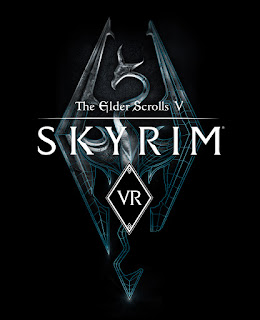 Again, not a new game, but it's the game I enjoyed the most this year. (Just noticed that the artwork I chose says VR... I didn't play the VR version - I lack the gear)

Random Observations: I actually tried a lot of new games this year, but nothing really hooked me. Even Minecraft, which I usually play to unwind, isn't exactly fun. It's more therapy than anything. But yeah, Skyrim and Fallout 4 got a good amount of play time, as did Grim Dawn. However, I'm finding less motivation to play anymore. Maybe I'm finally growing up!

Well, more of the same for 2018, I presume. Finishing BTI with JP and crew. Expanding the script for Standing Eight with RD. Numerous plays and screenplays in various stages of completion. Will any of them be produced? Who knows? I have plans for a new comic strip for my place of business (the rug shop). I plan on doing more filming - short film ideas all over the place.

One thing I'm currently doing - I found my CD collection of the Bible, so I've been listening to the Bible in my car as I drive about. The past 5-6 weeks, I started at Genesis 1:1 and having been listening straight through. Just finished Esther today, and will start on Job tomorrow. It's fascinating to just roll right through it like that. Gives a great "big picture", as opposed to little bites here and there, at random. Themes stand out. One thing I've noticed is just how much death there is in the Bible... so much death... and God seems awfully moody... how can human life be so precious and yet so expendable at the same time? How can God love and despise so thoroughly, at the same time? I've noticed that Israel's history is one big story of God's people clinging to Him and then running away from Him, and then returning, and then leaving... pendulum swing, back and forth, over and over and over. Serve Him, leave Him for other gods, love Him, hate Him... I don't know if it's more depressing or fascinating... I'm trying to use it as a chance to learn about God, and to learn about people...

Anyways, when I start listening from the beginning again, I'll go slower so I can take notes and make observations, chapter by chapter.

Well, we all have our hobbies, eh?

Will the blog revive and live again? Dunno... maybe...

Hope your New Year is a great one.

Dave the Goof
Posted by David Wagner at 8:03 PM

A very wise man (Doc Holliday, Tombstone) said, "Life is life; there is no 'normal.' Get on with it." Sounds like you lived busy and large in 2017. May God prosper you this upcoming year, and may your studies lead you closer and closer to Him. Have a great 2018! Love ya, bud!

Just saying hi if you're still around. I'm not as often as I used to be, having moved from Las Vegas last year, now living in Ventura, California for a little over a year, but I'm still writing on my own. Not always for public consumption (not yet for most of it anyway), but once in a while I pop in.

How are you doing? Where has your life taken you?

Rory! I was thinking about you recently. Funny you should leave a comment.

Not even sure why I popped in here to check. The blog has fizzled to a stop. All my posts were starting to sound identical. All I was doing anymore was talking about whatever film or writing projects I was trying to finish. I decided I'd be better served by actually doing the work, instead of writing about it, lol...

The past year or two, I've been researching film making - all aspects of it, from concept to finished product. I've also gone very deep in my research on the craft of screenwriting, and am writing feature script now. Also, over the summer, I taught an Advanced Acting Class here in San Diego at a local acting school, so I delved deeeeep into the history of acting, and studied the different acting methods, their strengths and weaknesses, and how they all approach the same basic acting problem (how to give an effective performance) from completely different approaches.

It's all been fascinating. Lots of exciting possibilities for the future. Lots of irons in the fire.

I hope you're doing well!